Who Am I? Identify These Georgetown Notables: 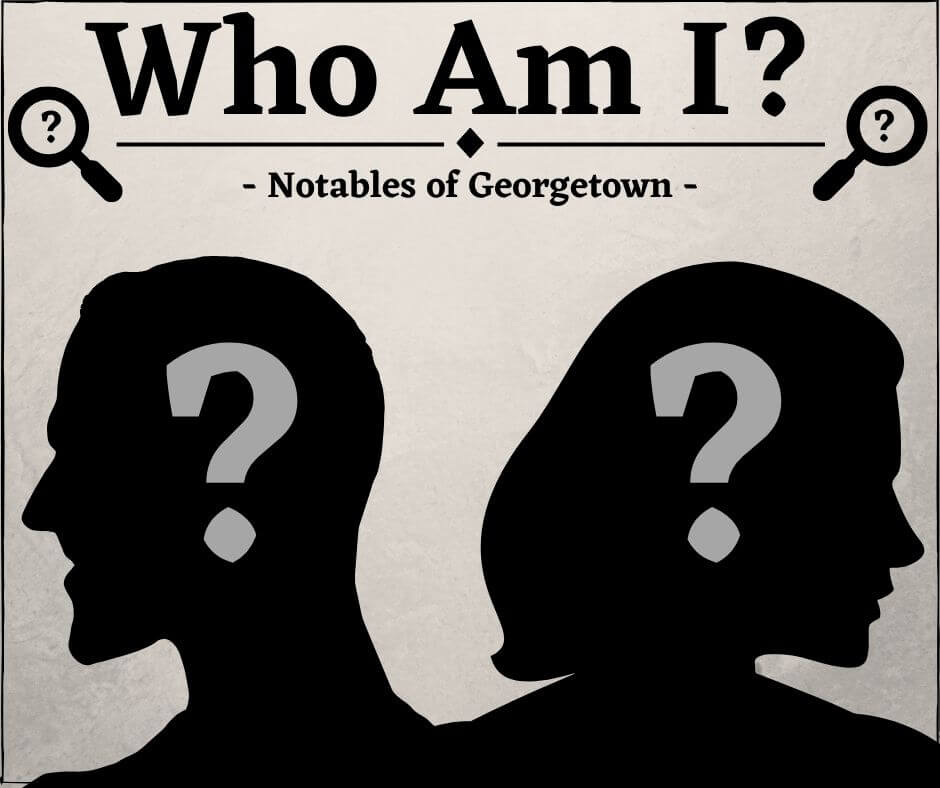 Can you identify these Georgetown notables?

History’s pages are chockful of colorful characters and Georgetown’s own book would reveal past personalities who are worth entire chapters. For each, “go big or go home” could have been their personal life statement. They went very big.

Here are six clues about four illustrious history (some would say trouble) makers who left an indelible mark on Georgetown – even hundreds of years later. Can you put the right name to each notable?

I shouted when others thought I should keep my mouth shut

Did I or didn’t I? The whole world sure thinks so

‘Scandal’ could have been my middle name